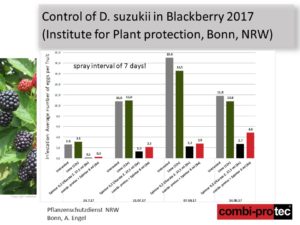 In a randomized field trial in blackberries, a significant reduction of larvae infestation compared to untreated control was observed after the applications of combi-protec 2,0l + spintor 8 ml/ha. Several treatments were carried out. The infestation rate in the untreated parcel was extremely up to 20 eggs per single fruit (average).

There was no significant difference to the full cover sprays of Spintor/Tracer at 200ml/ha altered with Karate Zeon Sprays at 37,5ml/ha. The treatments prevented crop discontinuation and the fruit quality as well as practical harvest distances, as well as a significant increase in yields. 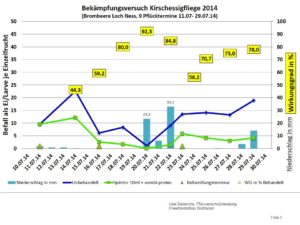 In a practical experiment * in blackberries, a significant reduction in madedness of up to 93% compared to untreated control was observed after the applications of combi-protec 2,0l + spintor 10 ml/ha. Three treatments were carried out. The treated area consisted of 1.0 hectares. The infestation rate in the untreated parcel was extremely high at the beginning of the experiment, with an average of 22 eggs per single fruit. A total of 9 harvest dates detected the infestation (TnB = days after the last treatment). The treatments prevented crop discontinuation and the fruit quality as well as practical harvest distances, as well as a significant increase in yields.

Read the article from European Fruit Magazine in German * *, English * * or Dutch * *.

Important! The success of the fight in all plant protection measures is highly dependent on the spotted wing drosophila flying back into the treated plant from the surrounding area. This means that the more flies to be expected from the environment, the shorter the duration of a measure! This can mean that very small areas with high infestation pressure in the environment can hardly be effective through treatment! This should definitely be taken into account and therefore a deployment is as large as possible. A combination with mass intercept methods is strongly discouraged, as flies are still being lured into the plant.

The distance between treatments should not be longer than 7 days according to current experience!

In both bait and spray treatments, a reduced efficacy can be expected after rainfall. Rain amounts of 10-15 l/m ² are already sufficient for the spray surfaces. Wash off bait dripbs.

Contrary to the general recommendations, we consider treatments to be very important before rainfall (24-48 hours beforehand), after evaluating the infestation histories in 2014!

The rainfall leads to ideal egg laying conditions and higher egg production in the cherry vinegar fly. Thus, the control measures take on an increased significance one to two days before precipitation events! Even small populations are able to cause damage under these conditions. If treated only after the rainfall, the maggots develop further as no curatively effective remedy is available and the infestation rocks up. As a result, the distances between treatments only need to be reduced in the case of very strong access. 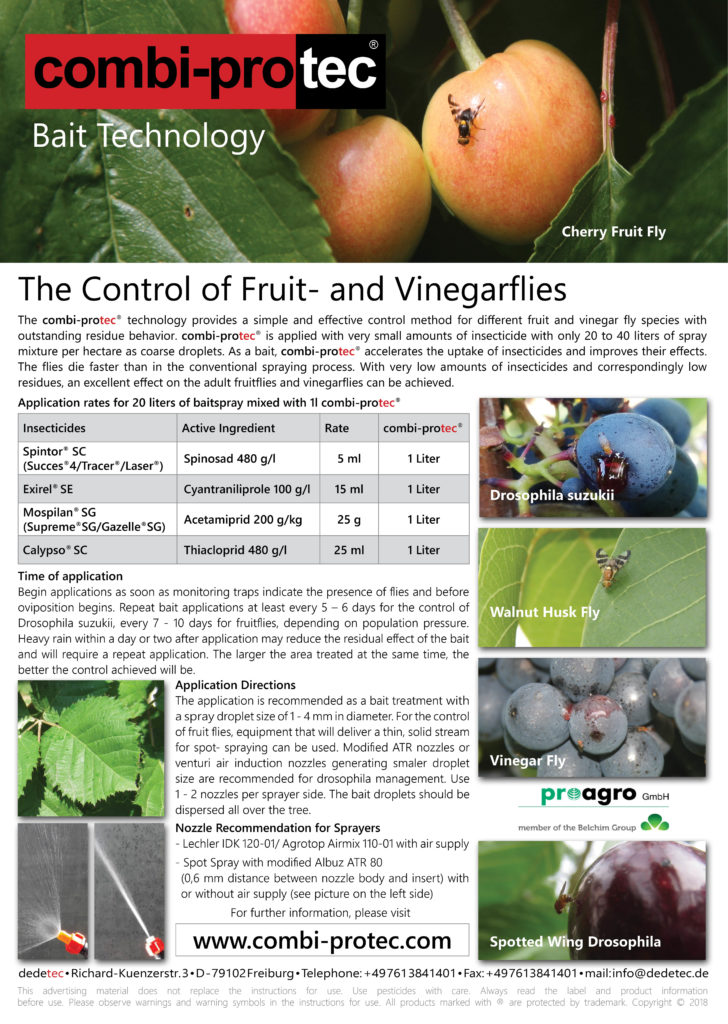 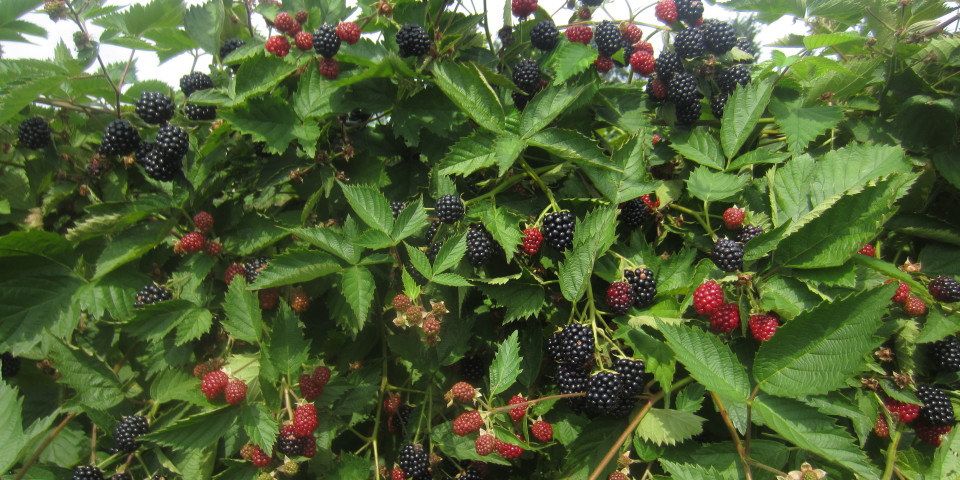 * The trials were carried out by Uwe Dederichs (manufacturer of combi-protec) in his former role as a consultant at the Breisgau-Hochschwarzwald district office. 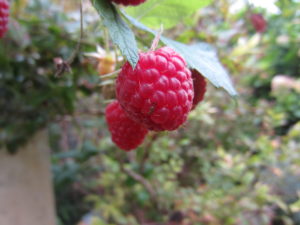 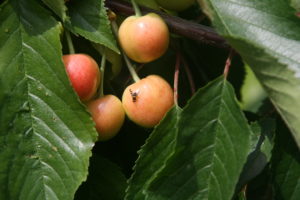 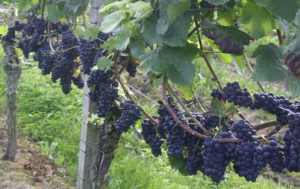 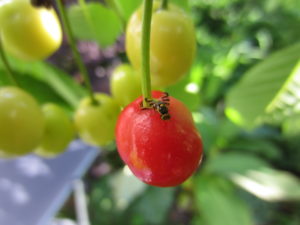 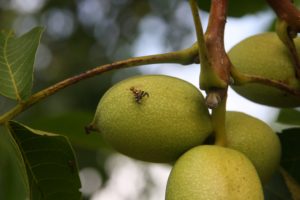